The visit to a number of foreign IPA offices

The visit to a number of foreign IPA offices

In the period from the 4th till 10th of October 2011 Andrey Pervakov and Vyacheslav Kosulin, members of the Kirov Branch of Russian section of IPA, visited a number of foreign IPA offices. On the 7th of October they visited the Vienna branch of Austrian section of IPA. They were amazed by the exterior of their office, which resembles a cozy cafe, where the members of the association spend their evenings after work with a glass of beer or wine, discussing the latest news. The office is decorated with IPA trappings (pennons, chevrons, photos and other souvenirs) from different countries. They also contributed to this collection having presented souvenirs with symbols of the Kirov branch of IPA Russia to the colleagues and got similar gifts.

On the 8th of October our colleagues were already waited in the Tirol branch of Austrian section, located in Innsbruck. Reinhard Moser, the President of the Section arranged a visit to the Police Department for them and then told about the history of the city in the horse carriage tour. Getting up into the mountains in a special train, they saw a great view of the city from the Austrian Alps. This wonderful day ended with a banquet, organized by local colleagues in a restaurant located high in the mountains.

On the 9th of October the colleagues from the police department of the Principality of Liechtenstein showed their hospitality. Jürgen Eberle, a police officer, who is responsible for IPA communication, conducted a tour of the Police Department, equipped with the latest technology. The total number of policemen of this small country is 100 people. They also visited the quick-reaction alert unit, on the monitors of which one can see any point of in the country. The collegues demonstrated various kinds of weapon in the electronic shooting room. They saw all kinds of weapon, which, in contrast to our armory, is stored in a specially equipped bus traveling directly to the location of special operations.

The last meeting with foreign IPA collegues was in the police department of Unno, Germany on the 14th of October. 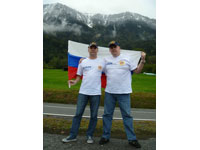 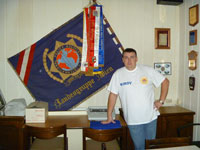 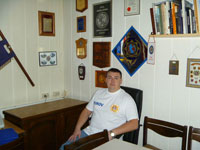 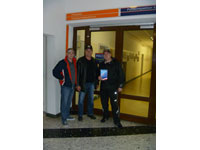 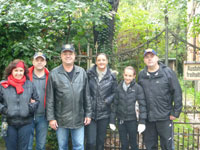 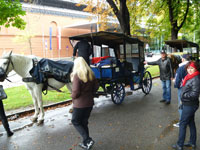 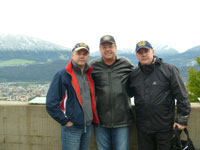 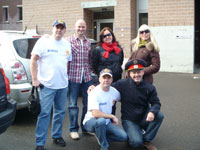 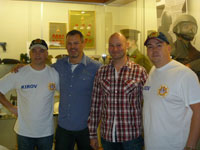 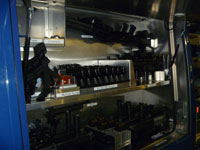 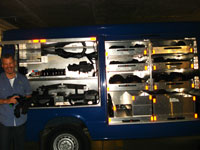 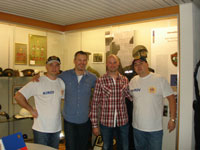 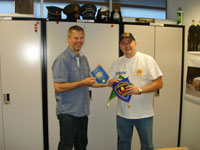 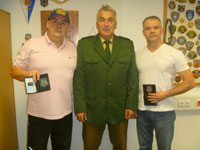