The organization has recently celebrated its 10th anniversary. Throughout those 10 years, many useful events have been organized with the aim of exchanging first-hand working experience of law enforcement agents from various countries, as well as solving the social problems related to the working conditions of said agents as much as possible.

We have assisted many educational institutions with the moral and patriotic development of youth. Numerous cultural and sports events have been organized for the IPA members and their families. Looking forward to the future, the Kirov IPA Department aims to address the most important tasks: to offer help to orphanages and boarding schools, to children of the KIA police officers, to WWII veterans. When speaking about the activities held by the IPA, one cannot fail to mention the history of its creation. 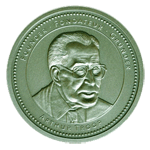 This is how it happened: in 1994, the Head of the Narcotics Control Section of the Kirov Regional Department of Internal Affairs, Nikolay Vitalievich Koshcheev, was undergoing a qualification-raising programme in Egypt. This is where the international specialists were sharing their experiences in elimination of drug trafficking; and this is where he first heard of the International Police Association.  A few years later, in 1999, during his educational programme in FRG, Nikolay Vitalievich has learned more about the organization. Incidentally, the German IPA Section is one of the biggest in the world, having about 60 thousand members. The famous Gimborn castle in Germany serves as the headquarters to the educational institution of the IPA – the centre of international information and education. The centre offers qualification-raising programmes to police forces, as well a chance to share experience in addressing the most pressing issues of today: organized crime, terrorism, illegal drug trafficking, human trafficking, environment protection, ensuring the paneuropean safety.

Upon his arrival, and having thoroughly studied the various activities of the IPA, N.V. Koshcheev had expressed his enthusiasm about opening a local IPA branch to the Chief of the Kirov Regional Department of Internal Affairs, A.M. Rozuvan. A professional like Rozuvan could not help but be interested in the idea. Rather soon, the required documents were prepared and sent to the Russian Section of the IPA. Thus, in 2003 the branch was officially confirmed with Alexei Mihailovich Rozuvan as its first president. In 2006, at his suggestion, Nikolay Vitalievich Koscheev – a retired police colonel - became the next elected president. Having been the Chief of the Kirov Regional Department of Internal Affairs for over 17 years, A.M. Rozuvan fully knew all the positive and negative traits of his subordinates and colleagues; and his choice to recommend N.V. Koshcheev was well thought-out.

People say N.V. Koshcheev was born a policeman. His grandfather had worked in Law Enforcement, his father was the Head of the Octjabrskij Regional Department of Internal Affairs. N.V. Koshcheev has gone a long way in his career in Criminal Investigation. He started off as an Inspector in Crime Investigation Department of the Pervomajskij Regional Department of Internal Affairs, and has reached to the position of the Chief of the Drug Control Department of the Head Regional Department of Internal Affairs – one that is considered among the best in Russia. The peak of his career was the three years as the Head of the biggest and “hottest” Organized Crime Control Bureau. He was successful at any position he occupied; his personality showed both energy and willpower. He is a smart and decisive leader, able to take urgent decisions and take full responsibility. His success was not brought about by a whirlwind of pressure put on is subordinates in hopes of getting the results at any costs, but by careful strategic planning and personal participation in the investigations of major crimes and arrests of most-wanted criminals. In addition, he has the experience of two qualification-rising programmes in Germany and a consequent good grasp of the German language. This is why A.M. Rozuvan never doubted his choice of a successor. Becoming the next President did not affect N.V. Koshcheev‘s great qualities. He created a close-knit crew of fellow colleagues, including such “ace” inspectors as Nikolai Veligzhanin (the regional secretary), Vladimir Menshenin and Eugenij Gasilin (vice-presidents), Igor Sharipov (the principal of the Kirov Juridical College of the Russian Section of IPA). At present, the Kirov section of the IPA accounts for over 1000 members. The organization prides itself on having such members as Victor Petrovich Savinyh, a cosmonaut, the City Mayor Bykov V.V., and many other respected citizens of Kirov. 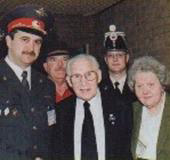 Thanks to the influential members of the IPA who do not hesitate to offer substantial help to the organization, the Kirov branch is considered among the best in Russia. The facts speak for themselves, truly: not only has the motto «Servo per Amikeco» brought together officers of different regions of Russia in various sports, cultural and social gatherings, improving the current standing of the region. Each year, many trips to foreign countries – Austria, Germany, the USA, Slovenia, Italy, Spain, Monaco, the Netherlands - are being organized. Over 500 members of the Kirov IPA took part in those trips. This branch also attracts attention from foreign IPA members: numerous delegations from Austria, Germany, the USA, France, Italy, New Zealand, Switzerland, the Netherlands and the UK. The Kirov Juridical College of the Russian Section of IPA was particularly interesting for our guests from Austria, Germany and the USA: they appreciated the methods of education. The Kirov Region of IPA hosts many sports and cultural events. There are biannual (in the Day of Internal Affairs Officer and Victory Day) Russian Billiard tournaments. There is a wide variety of activities: fishing, sailing, volleyball, archery, firearms, heavy weight lifting, chess and racing, just to name a few. The participation rates in different sports competitions are very high, and all the participants are highly satisfied with those events. Such activities allow for active leisure in the heart of nature, as well as bring crew members closer.

Kirov policemen frequently participate in the World Police Indoor Soccer Tournaments. In 2006 and 2007, they had won the second pace among the 140 participating teams; and took the first prize in 2010 in Barcelona.

A power-lifting and heavy-lifting veteran Vladimir Reshetnikov has confirmed his title of a world champion in Columbus, USA.

Looking at the results achieved by the Kirov section of the IPA, it is safe to say that it is keeping up the pace and there are many events and activities to look forward to. This, in turn, will ensure the good health of our veterans, high efficiency of the work of the present Law Enforcement officers, who fight for the life and health of our citizens, the law and order in our country.