February 22, 2014 according to tradition was celebrated Day of the Defender of the Fatherland, which is held annually on the snowmobile tournament. The organizers of the festival was the custom Kirov regional office VPA IPA.

Also at the festival was attended by President of Udmurtia region IPA VPA (VPA vice president of the IPA) Anatoly Frolov.

Competitions collected a large number of spectators who had so much fun on a hot fight in each group snowmobile races. The tournament was attended by over 50 people. From the outset, participants had on the team to reach the chief judge of his snowmobile, and strive to get the engine on the track. Rules of the competition was a part in the two races, which is defined by the sum of winners.

Besides the sports part , the organizers took care of things to do for the rest: children and adults were able to participate in competitions on bench press , tug of war , assembling - disassembling machine , pushing weight ( 16kg ) for 1 minute . Also for holidaymakers were organized tent where everyone could eat this field buckwheat and warm up with hot tea.

Company "Prestige cars" were presented 7 cars. Those interested can check out their opportunities by signing up for a test drive.

All participants were very satisfied of the competition since such activities can not only actively relax in nature with the whole family, but rally groups. 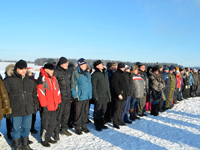 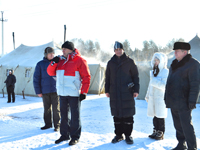 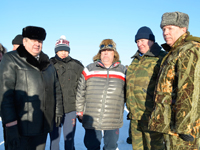 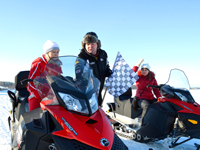 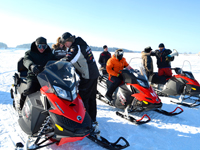