The Kirov athletes were the best in America

In sports club "Green" about 300 teenagers, since the 12th age are engaged. This sport doesn't demand special investments, the main thing is a bar. So, it is possible to involve as much as possible young people in occupations. The club task – to protect children from addictions, to involve them in a healthy lifestyle.

On November 5 young Kirov athletes together with trainer Vladimir Reshetnikov, the numerous champion of Russia and the world on powerlifting and  the member of the International police association went to America on 2 world tournaments on a press of a bar lying. This trip became possible with support «Police association» which assumed work on registration of visa and other necessary documents. On competitions were about 1000 athletes  from 30 countries of the world. Pupils of Green club made the real furor in America, having shown excellent results:

Svetlana Klepikova, having lifted a bar it is powerful 95 kg., entered into the three of the strongest girls of a planet.

Seventeen-year Ilya Khodyrev lifted a bar in weight of 152,5 kg., having established thus a world record among teenagers.

Besides competitions, children had a unique possibility to visit the most known sights of Las Vegas, to buy beautiful souvenirs, to be passed on the night city and to see this sparkling magnificence of fires the eyes.

For 2 weeks representatives of teams of other countries approached to the Kirov athletes to be photographed and communicate. And Americans still had an opinion that the youth of Russia is hopelessly lost that all are on drugs also alcohol. But after a meeting with our children their opinion changed and they told: "Such children as these athletes the present future waits" 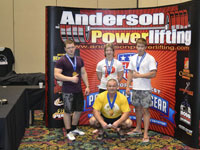 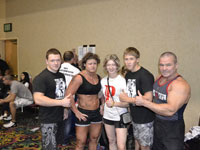 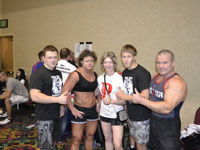