The Billiard festival! The winners of the tournament

The Russian billiard is one of the most beautiful games in the modern world. The serious attitude, confidence and precision in movement, subtle intellect allows to estimate the passing play and foresee every next step of the competitor. Due to that the billiard joins all like-minded people, who met on the eve of the May Day holiday in the billiard club “Novyi Mir” for the annual tournament dedicated to the Great Victory Day. The initiator of the tournament was IPA Kirov. There were more than 40 fans of the Russian billiards.

The tournament was opened by the President of IPA Kirov Nikolay Koshcheev. He congratulated all on the coming May Day holiday and 72nd Anniversary of the Victory Day. And then the Billiard festival began!

As a result of the battles the winners in their groups were: 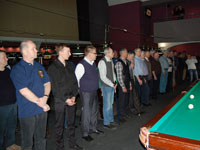 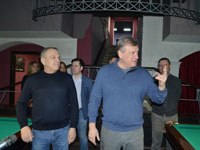 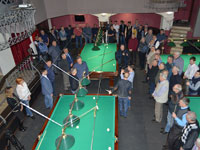 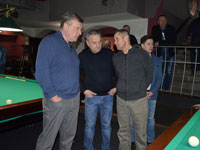 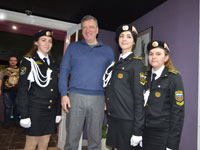