Officers of the Dutch and Belgian police in Kirov

Employees of the Dutch and Belgian police Pim Jansonius, Thomas Knaap, Sara Tillart and Andre Nys have stayed in Kirov only for two days. But in that short time each of them tried to make a worthy contribution to the strengthening of friendly relations between students and teachers of educational institutions of our region and liaison officers of Embassies of the Netherlands and Belgium, and police officers from Amsterdam.

On the first day of their stay our foreign friends met with cadets of the Kirov Police College and students of the of Volga-Vyatka Institute of the Moscow State Law University named after O.E. Kutafin where they told the future lawyers about the hard service of law enforcement officers in their respective countries, gave full and truthful answers to such burning questions of the contemporary reality, as problems associated with uncontrolled migration, terrorism, drug trafficking and other illegal phenomena.

On the second day of the visit the guests participated in the International scientific-practical conference "Nevolin reading" that was hosted by the Volga-Vyatka Institute of Moscow State Law University. In the speech made for the participants of the scientific conference Pim Jansonius, the coordinator of cooperation between the National Police of the Netherlands and the Russian law enforcement bodies, told the forum delegates on the example of the investigation of an incident about application of the Dutch criminal law when qualifying actions of the police officer who had used his weapon during the arrest of the offender.

In the second half of the day the police officers met the officers of the Interior Ministry for the Kirov region, the Investigative Committee, the Prosecutor's Office, law students of the Vyatka Federal University, members of the public. Close and active communication with the guests from the Netherlands and Belgium would have been impossible without the complex and highly responsible work of the assistant to the police attaché of the Embassy of the Kingdom of the Netherlands in Russia Alyona Marenkova (Goncharova). The visit of the police officers to Kirov was organized with her help; she provided all the days in excellent translation from Dutch to Russian.

All the participants of this meeting will keep long the memories of the visit of the representatives of the Belgian and Dutch police to Kirov. Let us hope for such useful and necessary meetings with our foreign colleagues under the difficult current conditions in the future.

Vladimir Kislukhin, Associate professor of the Chair of state and legal disciplines of Volga-Vyatka Institute (branch) of the Moscow state law university named after O.E. Kutafin, member of the International Police Association. 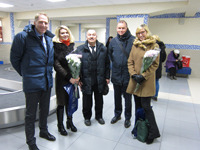 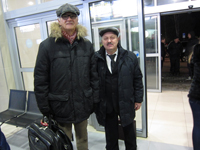 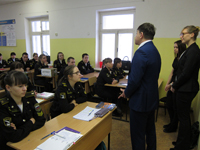 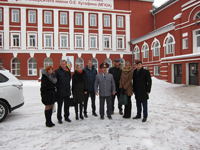 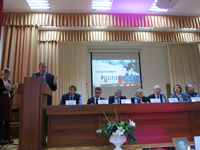