In the Kirov police College was held two meetings with representatives of the police of the Kingdom of Belgium and the Kingdom of the Netherlands on 17 -18 November 2016.

On the first day of the visit, the foreign colleagues, College students could listen to speeches of foreign guests on the following topics:

Sarah Tillart, Police Department Amsterdam's Infrastructure Officer: "The procedure for the selection of candidates to serve in the National Police of the Netherlands";

Pim Yansonius coordinator / facilitator of cooperation between the National Police of the Netherlands and the Russian Federation law enforcement authorities, "a large-scale police operations (interaction with rescue and medical services in the liquidation of technogenic accidents, natural disasters, maintaining law and order at public events)"

Thomas Knapp, a police attaché of the Embassy of the Netherlands in Russia: "Training of police liaison officers in the Netherlands and their efforts to strengthen international relations";

Each of the speakers illustrated their video-reports telling about the activities of the police in Belgium and the Netherlands.

The second day of the visit was marked by a friendly meeting of foreign guests with the "power" structures of the Kirov region, members of NGOs and students. 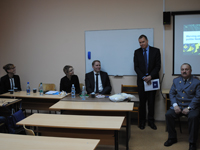 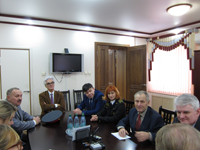 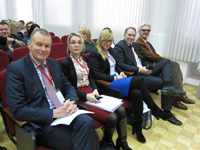 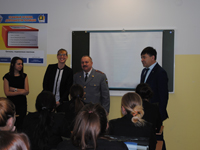