On August 8, we celebrate the All-Russian Physical Education Day. This is a holiday of those who lead an active, healthy lifestyle, engage in physical education and love sports.

On August 14, this holiday was celebrated in the central office of the Union of National and Non-Olympic Sports of Russia in Moscow.

The event was attended by the leaders of the the Union of National and Non-Olympic Sports and many famous people of Russia.

The most significant event was the establishment of a new Guinness record by 10-year-old disabled athlete Vladislav Cherepanov, originally from the city of Sovetsk, Kirov region, who performed in the bench press. Vladislav challenged his previous record - 10 kg for 720 repetitions, and this time he lifted the bar weighing 10 kg 800 times and set a new record.

The achievement of the next sports peak was due to the fruitful work of a member of the KRO "Police Association," the head of the Kirov branch of the Union of National and Non-Olympic Sports of Russia, a wonderful coach and mentor - Vladimir Reshetnikov.

We thank the member of our Police Association Vladimir Reshetnikov for his work and congratulate him on reaching new heights! 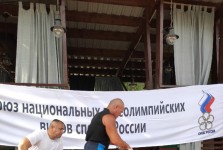 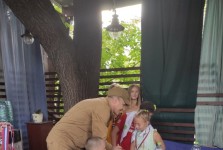 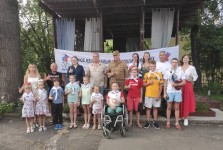