The game was continuing about an hour.  The during these time the spectators have caught many exciting moments: slashes, amusing fouls and falls. The winner became the Russian team with by a score of 12:6. Despite of the loss the guests were gladful and planned to gain revenge next year.

Thank you all for participating! 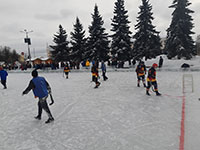 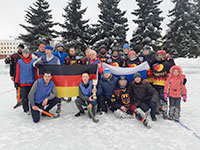