World Judo Championship was held in Budapest, Hungary from 27 till 30 May 2010. A member of Kirov department of IPA Khlusjanov Oleg Vladimirovich won the title of the champion in the age group 50-60 years. The first place was won in difficult struggle with fighters from Brazil and France.

In present time colonel of police, master of sports in Judo Oleg Vladimirovich serves in Drug Enforcement Department of Kirov region and also is the head of the Close Fight Federation in Kirov region. 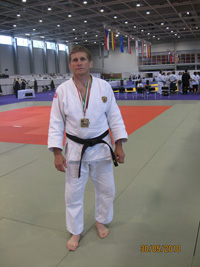