On the 7 of August, 2020, the Commander of the Security Forces of the Royal Thai Air Force, Air Marshal Surasi Shimaseta presented a certificate of honor to the President of the Police Association. Our Vice President Andrey Pervakov and President Nikolay Koscheev were also honored with Honorary Wing Awards. The ceremony took place at the airbase Don Muang in Bangkok.

The Honorary Wing Award is a special assessment that was awarded to representatives of the Kirov Oblast Police Association for creating good friendly relations between the Royal Thai Air Force and our Association.

It is worth noting that such recognition in this wonderful country has been received over the years of joint cooperation.

We thank all the officers of the Royal Thai Air Force for their trust and invite you to visit our region! 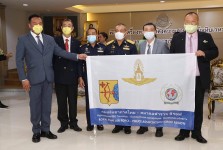 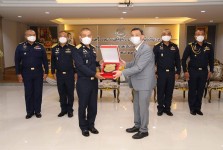 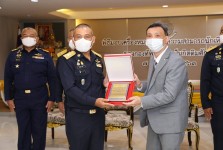 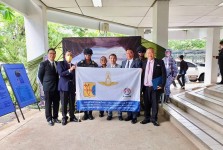 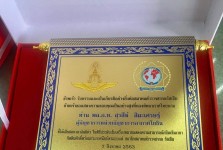 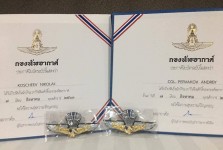