A German police delegation paid a visit to Kirov

They came to our city to learn about the culture, participate in official events, sample the cuisine, and have a good time.

The delegation was made up of four police officers from Stuttgart, Germany. Two of them were making their first trip to Kirov. Even the visitor who was visiting our city for the twentieth time said that the current trip had left him with no less positive impressions.

The itinerary for the trip was more than adequate. The delegation's guests were delighted by the rich collection of paintings at the Vyatka Museum of Art, and they learned many interesting facts about Russia's history during the tour. They saw the beer production process and tasted freshly brewed "green" beer during the tour at the brewery "Vyatich."  A city tour was also conducted for representatives of the German police, during which guests learned a lot about the city's history, architectural features, and famous personalities who had lived here. On one evening, the German delegation enjoyed a concert of organ music at St. Alexander's Church.  The visit of a foreign delegation piqued the interest of the television channel "Devyatka TV".  The correspondent of the program "Dawecha" met the guests and inquired about their impressions of the trip. The story aired on the evening news. Another interesting event was an ATV tour; the German visitors had a great time admiring nature's beauty.

Our foreign visitors had a fantastic time in Kirov. They appreciated the thoughtfulness with which their visit was planned, expressed gratitude for the warm welcome, and left their home country confident that they would return.  “Police Association Kirov Region“  thanks everyone who assisted us in organizing the delegation meeting. 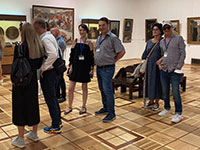 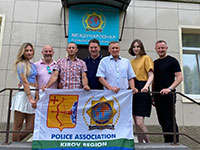 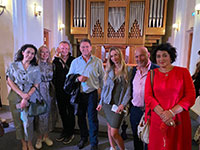 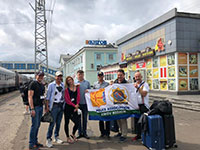 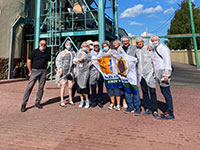