Civil servants from all over the world met in Nasfeld (Hermagor)

Last week, Nasfeld was the safest region in Austria. 120 executive officers from 10 countries visited the 29th International Ski Week of IPA in the Upper Carinthia. Most of them were from Canada, Russia and Ireland.

“There isn’t one event , where the police from the different countries can meet to go skiing and spend their holiday”, says the honorary president of IPA and the ​​event’s initiator Ewald Grolitz. There were also the president of the Kirov branch of IPA Nikolai Koshcheev and Vladimir Bykov, the chairman of the Kirov legislative assembly.

Besides the participation in the sports events, the guests discussed the security problems and political issues, considering the flow of refugees. “Good relations have established between law enforcement officers”, says the president of the Kirov section of the IPA Nikolay Koshcheev.

The guests participated also in the various cultural events. The excursion to the dairy plant in Spittal was organized for the Russian group, where they could see the local production features.

The official evening was held in the guest house “Weidegger Wirth”. The organizers Georg Rindler and Gannes Burgsteller presented the honorable gifts to Marlene Richter from Ansbach, who has been actively participating in the Ski Week for 25 years. Also Mayor Hermann Yantshgi (Kirchbach), Vice Mayor Leopold Astner (Hermagor) and head of the tourism department Johann Steinwender congratulated and expressed gratitude. Grolitsh: “In 2018, we ‘ll want to celebrate the 30th anniversary of this international event in a big way.” 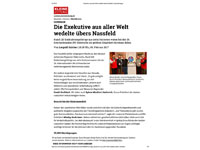 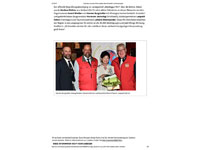 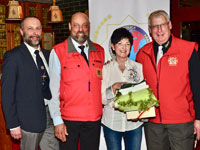 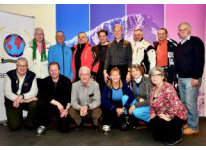