From 22 till 31 July 2016, the sixth IPA seminar was held in the Training of the Police Personnel and the Staff Development Office in the Federal State of North Rhine Westphalia (LAFP). It was dedicated to the 60th anniversary of the regional organization of IPA in Selm-Bork. To participate in the international forum, about 170 delegates came from 11 countries: Austria, Germany, Iceland, the Netherlands, Lithuania, Poland, Russia, Romania, the Czech Republic, Sri Lanka, Estonia.

The guests congratulated the hosts of the forum and the president of the regional organization Conrad Brёker on anniversary and paid attention to the great contribution which IPA had made to strengthen friendly relations between the police of different countries, to rise political, cultural and legal levels.

The delegates were warmly received. The German colleagues organized for them numerous sports, cultural and entertainment programs, including the Christian Mass, visiting museums, festivals, tournaments. Also there was the great rest, food, and other services. The guests had the opportunity to take part in the recreation activities and to visit the LAFP Library.

59 members of the Kirov regional department of IPA represented the Russian Federation. The president of the Kirov delegation Nikolay Koshcheev thanked Conrad Brёker for the chance to visit LAFP again. Also he congratulated the German friends on their anniversary, wished success in their activity and presented the souvenirs.

The participant of the International seminar, a member of the Kirov delegation, retired colonel Vladimir Kislukhin showed a film about the Volga-Vyatskiy Institute which is the branch of the Kutafin Moscow State Law University. Colonel Kislukhin told about the history of the educational institution, its traditions and achievements in the scientific researches and invited the guests to take part in the International research and training conference "Nevolinskie readings", in our city on November 18, 2016.

At this meeting, the members of the Kirov delegation made friends with the police officer of the Czech Republic, Thomas Resler, the general inspector of Iceland Gudmundur Inkason , the veteran of the Estonian criminal investigation department Tariyarv Heino, the Vice President of IPA in Republic Sri Lanka Doshanta de Fonteka and other participants of the meeting.

At the final meeting of the seminar Nikolay Koshcheev invited the president of the regional organization of the IPA in Selm-Bork Conrad Brёker and his partners to visit our town. The return visit is planned in October 2016. 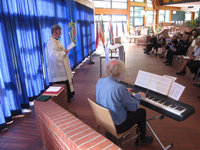 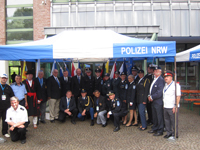 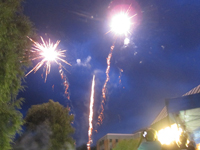 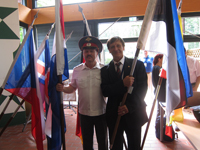 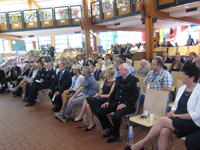 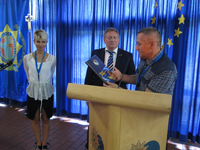 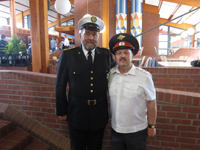 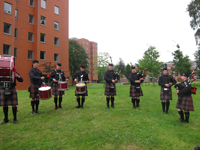 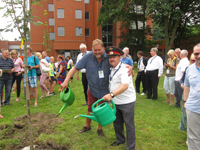 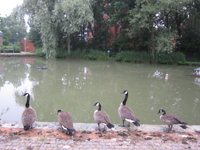 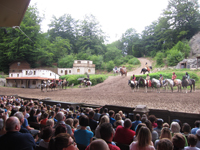