On September 11, 2021 the 144th anniversary of the birthday of Felix Edmundovich Dzerzhinsky, the founder of the Russian law enforcement agencies, was celebrated. A group of members of KROO "Police Association" headed by the vice-president of the association Victor Nikolaevich Kolpakov went to Kai village of Verkhnekamsk district to take part in the festivities.

The village of Kai is a familiar place. There is a museum opened in 1938 in the house where Felix Dzerzhinsky lived while in exile in 1899. The house-museum of F.E. Dzerzhinsky existed in Kai from 1938 to 1994. In 2015, the Administration of the Federal Security Service (FSB) for Kirov region and local residents, decided to recreate the museum. In 2016-2017, a new building was constructed and an exposition which covers the entire life of Dzerzhinsky was formed. The exposition was created by the Kirov Regional Local Lore Museum with the support of the veteran organization of the Russian Federal Security Service, which is the curator of the museum.

After the excursion and celebration, demonstrative performances of young soldiers from Lesnoy settlement were held.

We thank the vice presidents of our Association, Viktor Kolpakov and Andrey Pervakov, for their participation in the event! 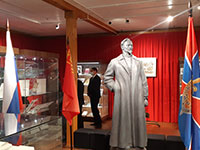 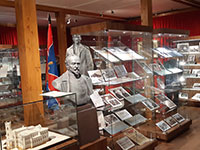 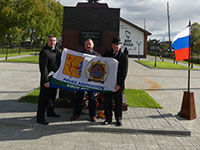 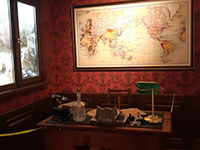