On the 21th of October Kirov Department of the Russian Section of International Police Association was visited by Czech colleagues Tomash Wresler and Peter Chyorny. Tomasch Wrestler had visited Kirov before, where he met with law enforcement officers and performed before local students with his tales about his experience in the Czech police service.

This time Tomash and Peter visited Kirov being on their way from Chita (about 5400 km from Kirov) to Prague. They made this way to get a car that had been left in Mogoch (Trans-Baikal Territory) by their friends and had been already repaired. On their way to Mogoch Tomash and Peter got acquainted with police officer from Chita, who helped them with the car reparation.

Their return trip ran through Irkutsk, where they were made welcome by the representatives of Irkutsk Department of International Police Association at request of Nikolay Koscheev.

Made thousands miles way Tomash and Peter went a long way around to visit Nikolay Koscheev in Kirov and thank him personally.

In same day evening Tomash and Peter took to the road, making an appointment with their friends from Kirov on the 25th of July in Selm-Bork, Germany. The members of International Police Association will come together to this town to discuss the crime prevention issues. 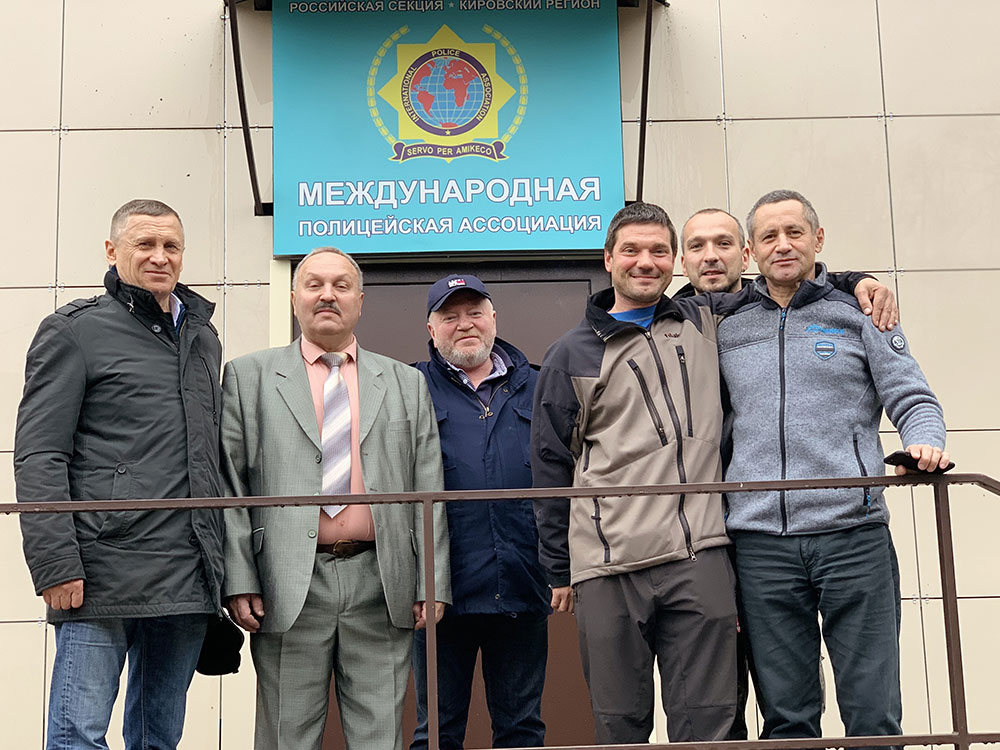