The 3-rd broomball tournament in the holiday center “Mitino”!

For the first time Kirov had seen the broomball a few years ago. The unusual version of the hockey is widespread in the West. It has two varieties. Canadian and Moscow. But the point is the one — it’s a hockey with a broom or a broomball. And Kirov became the place, where foreign teams come with a great pleasure.

On February 11, some Kirovites saw the sport gimmick once again on the ice in the Mitino. The officers of the German Embassy in Russia visited Kirov to challenge with the Vyatka team at the invitation of the Kirov section of IPA. Even girls were dressed in a special equipment. As the game showed, some of them played quite well on a par with a men.

On the Kirov ice, the teams fought for an hour. There were three rounds of 20 minutes each. During this time, the audience saw a lot of hockey nuances. The harsh punches are curious and not... clashes and falls. The winners were our countrymen (6:1). The followers of the broomball from Germany were pleased with the game as well as the ice arena. And they’ll plan to come next year to gain revenge. 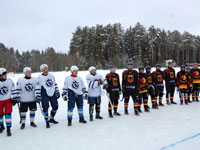 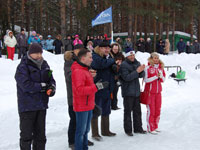 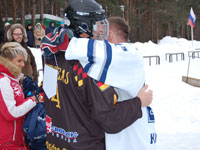 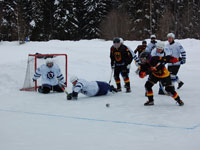 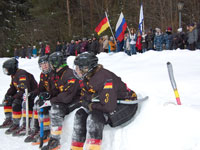 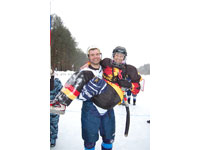 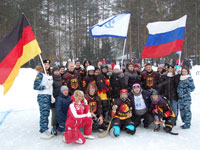