The first meeting of the  young firefighters  was  in the children's holiday camp "Living water"  in August 2015. 15 young firefighters and their leaders from Wiesbaden spent 10 days there. The students from Germany and Russia were able to exchange knowledge and experience in the fire activity. Everybody had something to show and something to learn:  the rope course, fire drill , rafting along the Velikaya river, sport competitions and many other things – as a result  the time was interesting and memorable.

And now the German representatives did their best to show  the most interesting places: the main fire departments in Wiesbaden,  in the factory "Opel", in the airport in Frankfurt. Also they showed  the rope park, the fire boat,  the fire service museum and many others things. The guys did not stop learning  something new for 9 days. In the end they even passed the exam for young firefighters and got diplomas and badges.

It is worth marking that  Egor Leonov, who is attaché of the Russian Consulate in Frankfurt , attended the official opening of the meeting in Wiesbaden. Leonov emphasized  the significance of this gathering and cooperation between  Wiesbaden and Kirov. From Leonov’s point of view , this interaction is particularly important, because of the difficult political situation. And in spite of cool relations between Russia and Germany, the year of 2016-2017 was declared the Year of Russian and German youth exchanges. This year is being  held under the patronage of the foreign ministers of both countries, and its beginning was celebrated on June 9 in Moscow. Leonov also noted that  a few cities in Russia were working with Germany at this moment, and it is very pleasant, that Kirov was among them.

Leaving Germany, the students and their leaders from  Kirov  had already made plans for a new meeting in the camp of "Living water" in August 2017. 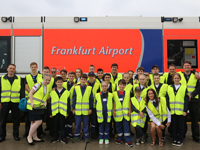 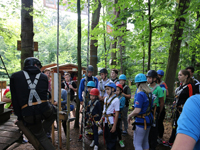 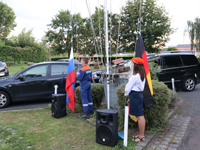 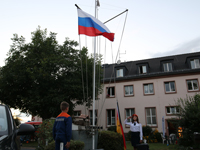 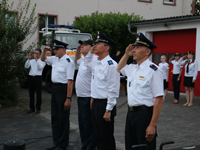 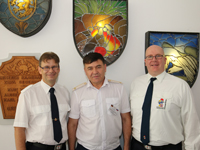 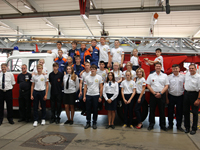