The delegation of the Association of the representatives of the  law enforcement of the foreign countries accredited in the Russian Federation visited Kirov last week. The delegation included the officials of the competent authorities of the seven countries: Kingdom of the Netherlands, Poland, Germany, Czech Republic, Austria, Finland, the Kingdom of Belgium. Their mission is an interaction with the law enforcement bodies of the Russian Federation.

The initiative came from the representatives of Germany and the Netherlands police. They have  the  long-standing close relations with the Kirov colleagues . One of the goals of the seminar is a developing  of the cooperation with the law enforcement agencies of the other countries against the combating with transnational crime. The main aim of the meeting - the exchange of  the experience in the different directions of the law activity.

The seminar program was designed for two days, during which the professional practices were considered and also the global issues of combating with the international crimes were discussed.

On the closing day, President of the Kirov section Nicholay Koshcheev , who accompanied foreigners and coordinated meetings, noted : " These  events     are conducted with success in the different cities of Russia, and I’m very pleased that the Kirov came in their numbers . Because of cooling in relations between our  countries it is important to develop the  contacts  between police officers of these countries  . Only in this case we will able to realize the motto of the International Police Association: "Servo per Amikeco". 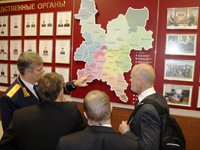 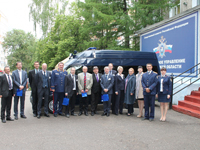 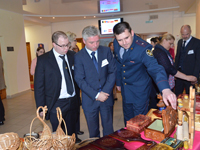 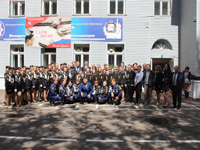