Главная>Neuigkeiten
Neuigkeiten
On the eve of May 9, the Victory Day, Kirov saw the billiard tournament traditionally held by the International Police Association. At the entrance all the participants got the symbols of the holiday – the Georgian ribbons.


The unique feature of the tournament is that the billiard as a kind of sports has gathered practically all “the strongest men of the world” in one hall. Three deputies of the State Duma, the directors of almost all force structures, courts, offices of public prosecutors, regional legislative assembly, big business representatives and even the hundredth astronaut of the world – Viktor Savinykh.

“Here are true experts of this art. For instance, Evgeny Pimenov, as a rule, takes the prize places. But I can also see new participants becoming a practiced hand. The skill is growing and the tournament may bring some surprises”, says Alexey Rozuvan, Deputy of the Russian Federation State Duma.

It seems no one else has ever gathered such a “forum” at the events. All the participants are united by the International Police Association. Having gone through a re-registration IPA in Russia got the status of a political organization with all the rights.

Alexey Rozuvan, Deputy of the Russian Federation State Duma: “Now not only pensioners, former officers of the force structures, but the acting ones as well have legal rights to enter and take part in the activities within our organization.”

The number of the tournament participants is getting more each year. This year there has been more than 50 persons. Among them there are acknowledged masters, newcomers and new members with a big game potential.

Nikolay Koshcheev, President of the Kirov Branch of IPA: “For the present moment it is difficult to speak about the results of the tournament. The trainings will show the winners. I will repeat it again – our main task is to give people an opportunity to communicate, to make personal contacts that will probably help in solving their working tasks in future. This is a small holiday on the eve of a bigger one. The latter is very important for the members of the association”.

Traditionally the result was the victory of Evgeny Pimenov, Rector of the Vyatsky State University. Nikolay Efremov, Deputy Chairman of the Regional Legislative Assembly, Valery Tairov, Head of the Penal Correction Department of the Kirov region, and other ten successful players were noted for the excellent game. The next championship will be held in November, on the eve of the Militia Day. 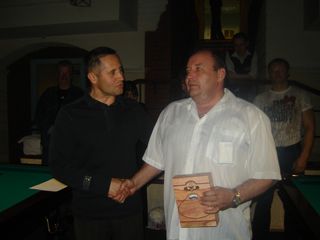 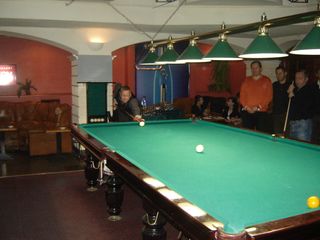