February 16, 2014 in the club "Vyatskaya Boat" the VI Chess tournament among teams of law enforcement and regulatory authorities of the Kirov region, on the Day of Defender of the Fatherland. But this event would not take place without the participation of the regional department of the Kirov VPA IPA.

Between the parties, participants could eat hot drinks, chocolate, fruit and socialize in the lounge.

Winners in the team standings:

As Alexander Nevsky said: "Often the winner is the one who has more endurance, who is lost in a difficult position to maintain composure, who is stronger will."

So wish the participants who failed on the podium this year, to improve their skills, to exercise the will to win and prepare for the next tournaments.

We are pleased that the tradition of the annual chess games caught and successfully developing, expanding their horizons and combining common cause hundreds of people. Our strength - in unity and maintain the good traditions, as well as a healthy spirit of competition and the desire to improve! 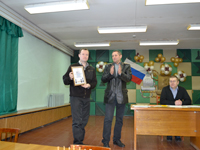 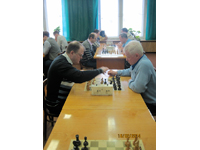 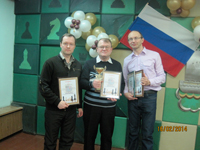