All-Russian conference: “Police in the mechanism of the state: evolution and development prospects”

On the 21 of May, 2020, on the basis of the Faculty of Law of Kursk State University, the 3d All-Russian Scientific and Practical Conference on the topic: “Police in the mechanism of the state: evolution and development prospects” was held online. The conference was attended by scientists — specialists in the field of law and history, engaged in research in the field of law enforcement in scientific and educational institutions of the cities of Moscow, Kirov, Kursk, Voronezh, Orel Saratov, Rostov-On-Don, Simferopol and other cities of Russia, as well as current and retired employees of the internal affairs bodies of the Russian Federation.

Vladimir Aleksandrovich Kislukhin, a member of the Police Association, associate Professor of the Department of state and legal disciplines of the Volga-Vyatka Institute of Moscow state law University, took part in the conference. He spoke about the exchange of professional experience of police officers of the Kirov region with their foreign colleagues, which will be held annually on the basis of the Police Association, about long-term friendly relations with the employees of the Police Academy of the Federal State of North Rhine-Westphalia.

Vladimir Alexandrovich shared his opinion on the draft Code of Ethics and Service Conduct for an employee of the internal affairs bodies of the Russian Federation and the need to adopt this act. He compared the content of the project with the provisions of the codes of professional ethics of the police of the states of the Benelux Union — Belgium, the Netherlands, Luxembourg, where he had to repeatedly visit with the delegation of the PSRC “Police Association”.

Sergey Nikolaevich Baburin, Doctor of Law, Professor, Honored Scientist of the Russian Federation, President of the Association of Law Universities, Chief Researcher of the Institute of State and Law of the Russian Academy of Sciences supported the opinion of Vladimir Alexandrovich. Scientists have come to the conclusion that documents containing ethical and legal norms should not be documents of an edifying nature for employees, but mainly, in their content, implement the principle of humanity. 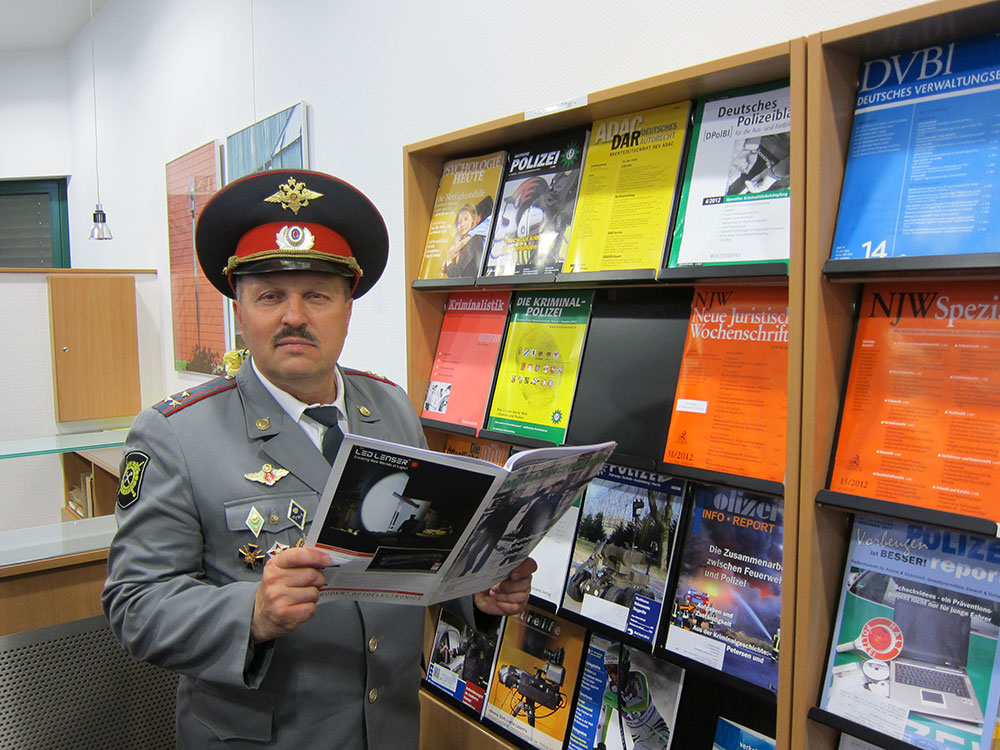