At all times the execution of criminal penalties are important elements of internal policy. Starting a unified state prison system in Russia put Decree on the establishment of the Main Prison Administration, signed by Emperor Alexander II in 1879. This organ became the supreme supervisory and regulatory authority, administers the regional units of the penitentiary department. During its existence, the correctional system has undergone significant changes in the direction of humanization penal.

Today the correctional system of Russia — is a powerful, dynamic structure. Reforming the penal system, conducted at the present stage, led to significant positive results — improve conditions in institutions, food, clothing and medical care. A special attention is paid to the strictest observance of human rights and freedoms in prisons and its further re-socialization.

March 12 across the Russian prisons noted 135 years since the founding of the penal system.

The structure of the modern penal system Kirov region includes 19 correctional facilities and remand centers 3. As of 12.03.2014, the institutions penal correction system area contains more than 11,000 people. Registered penal inspections is more than 9000 convicted without isolation from society. Number of certified institutions is more than 3 thousand people. Civilian staff of 1,014 people.

In Kirov Institute for Advanced Training FSIN Russian solemn event dedicated to the celebration of the 135th anniversary of the founding of the penal system in Russia.

In the foyer of the Institute welcomed the guests and create a festive mood Kirov Band Regional College of Musical Arts named after I.V. Kazenin.

Opened the ceremony Institute chief colonel of internal service Ponkratov Vasily Alexandrovich, who congratulated all the participants on the anniversary of the penitentiary system.

President Kirov regional offices WPA IPA Koshcheev Nikolay Vitalievich. made a solemn speech and congratulated the staff of MIS with the anniversary by presenting with a memorable gift.

Honorary certificates and letters of thanks heads of the legislative and executive authorities of the city of Kirov and Kirov region were awarded employees and veterans of the institute.

Particular attention was paid to the festivities veterans penal system. For active career veterans were awarded the rights heads of the legislative and executive authorities of the city of Kirov and Kirov region, as well as letters of thanks Kirov Institute for Advanced Training FSIN of Russia.

Ceremonial event accompanied by a festive concert prepared by creative teams Vjatskogo college culture, the Palace of culture of railwaymen and the Children’s Art School № 11 in Kirov.

Note, in accordance with Presidential Decree dated November 16, 2010 № 1433, March 12 is celebrated as the professional holiday of the penal system. Previously a holiday in honor of creating the penal system applied to departmental dates. 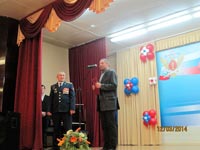 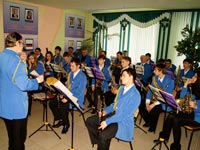 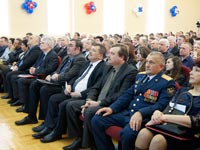 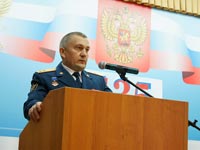 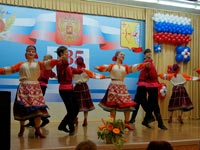 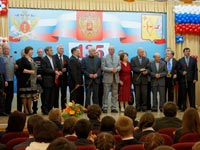 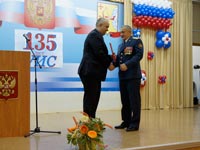