At the other end of the Earth

The members of Kirov branch Russian section IPA flew to congratulate their colleagues with the golden anniversary across the half of the world.

The Friendship week and the 50-year anniversary of Hong Kong Section IPA took place in Hong Kong at the beginning of November. Despite the distance, the delegations from 15 countries, including Canada, the USA, Peru, Monaco and many others came to the celebration. Russia was represented by Kirov and Nizhny Novgorod. The delegates from Kirov, as usual, were the most numerous. The ten members of the Kirov Branch Russian Section IPA participated in the Friendship week. Vladimir Menshenin, the vice-president of Kirov branch Russian Section IPA was the leader of our delegation.

A very high level of the reception and organization of all activities must be noted. On the first day the participants witnessed the raising of the national flag, and then they were welcomed by the Commissioner of Hong Kong Police and IPA members. The visit to the police command post impressed much. The automated system, the instantaneous locating the caller, the observation of the movement in all areas, derived in the plasma, and a lightning-fast reaction are certainly worthy of respect. For several days we had the opportunity to get acquainted not only with the organization of Hong Kong Police, but also with the process of the training of future professionals and retraining the existing staff.

The cultural program was solid and various. Daily excursions around Hong Kong sights helped to create the full image of the places which we had seen before only on TV screens. The visit to the jockey club, the sea dinner on the island Lama and the giant bridges hanging over the bay are impossible to forget. By ourselves we went by the local underground. It is very clear and well-equipped. The host side was very friendly, hispitable and careful to our delegates during the whole period of time. Different languages were not the barrier for the communication, as there was only one language - the language of friendship, understood by everybody. Last night became a special evening of communication and demonstration of common interests.

From Hong Kong our delegates went by ferryboat to the island Macau, which is called “Hong Kong Las Vegas”. There was a dinner at the president of Macau Section IPA. The evening was very warm. After the dinner the local policemen showed us the sights of the island. They were very happy to get the presents from Kirov.

“If to look on the map there is a great distance between Russia and Hong Kong. But now we know each other much better, we want to cooperate with our colleagues and we are always glad to see them in Kirov”. With these words Vladimir Menshenin began his congratulations at the anniversary of Hong Kong Section IPA. To Russia we took the most pleasant impressions, a lot of photos, souvenirs, and business cards with new friends’ addresses. 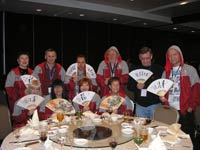 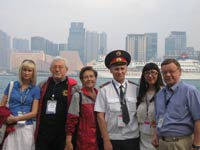 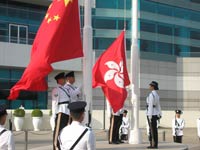 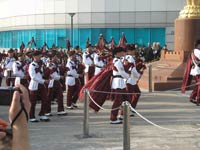 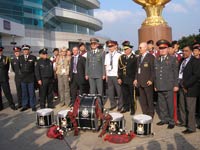 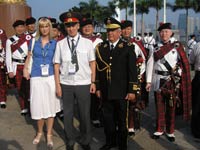 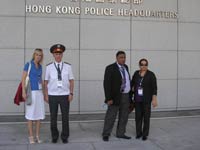 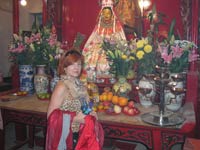 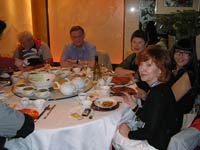 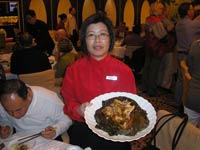 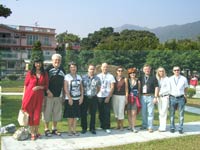 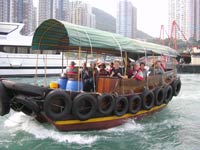 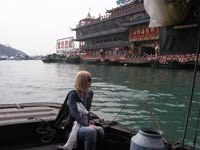 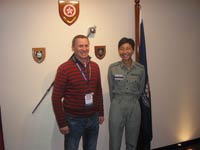 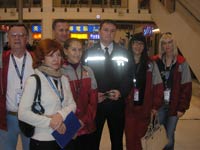 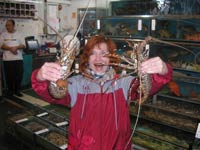 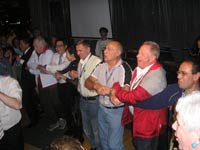